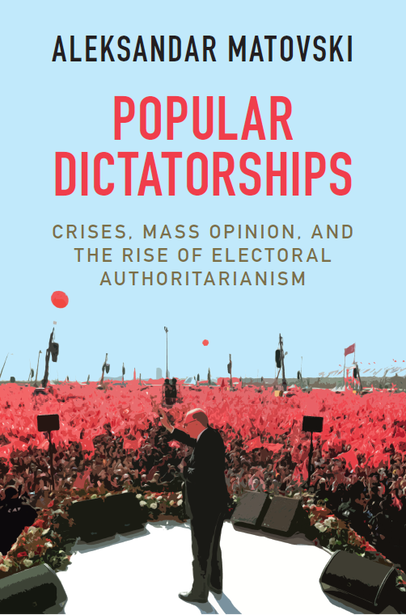 ​Shifts in mass sentiment can seal the fate of dictatorships, as demonstrated by the collapse of Communism, the color revolutions in East Europe and the Arab Spring. But does popular opinion also play a key role in the rise and durability of authoritarian regimes? Based on a cross-national analysis of regime transitions and a comparative study of the prototypical case of Russia, Popular Dictatorships shows that electoral autocracies – the most widespread type of non-democracy today – are largely the product of distinct opinion currents that emerge in the wake of profound political, economic and security crises. Against this backdrop, incumbents with a record of effective, strong-armed rule, gain decisive reputational advantages over their alternatives. This allows them to establish and sustain authoritarian rule through the ballot box and with minimal resort to coercion, thus conferring a veneer of electoral legitimacy. Fear of renewed instability, in turn, deter voters from challenging the regime through voting and public protest, enabling even poorly performing autocracies to survive. This legitimation strategy has a key limitation, however: electoral authoritarianism becomes unnecessary both when it succeeds and when it fails in its mission of stabilization. To maintain popular consent to their rule, I argue that electoral autocracies must therefore sustain, or even manufacture crises that justify their existence – a dynamic recently exemplified by Russia’s involvement in the conflicts in Ukraine and Syria.